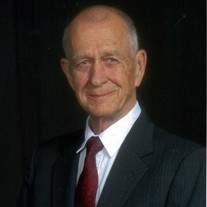 Obituary for Col. Ben H. Swett, U.S. Air Force, Retired Col. Ben H. Swett, Ret., died on July 20, 2019 in MedStar Southern Maryland Hospital. He had been a resident of Temple Hills, Maryland since 1971. He was born on September 3, 1934 at Saint Agnes Hospital, Fond du Lac, Wisconsin, son of Herbert Elbridge and Marcia Harriet (Fadner) Swett. Though originally named “Herbert Benjamin,” he always used “Ben H.” as his first and middle names. Ben H. Swett attended grade schools in Wisconsin and Colorado, and graduated from Pasadena, Texas, High School in 1951. In 1955, he graduated from the University of Arkansas with a B. A. degree in Government, was commissioned a Second Lieutenant in the U. S. Air Force, and married Wyneth June Haskins at First Christian Church in Ponca City, Oklahoma. He served in the Air Force for more than 30 years. As a junior officer, he served as a navigator on B-47 jet bombers in the Strategic Air Command (SAC), as a SAC avionics maintenance supervisor, and as a scientific specialist doing original research in the field of long-range forecasting. He also completed an M.A. degree in Political Science at the University of New Hampshire. In 1970, he served as Wing Navigator and Civic Action Officer for the 315th Tactical Airlift Wing at Phan Rang, Vietnam, receiving the Distinguished Flying Cross, five Air Medals, and several other awards. During this time he worked to aid and support America’s Montagnard allies in the Central Highlands. During the 1970s, he served as a development engineer and research director at Air Force Systems Command headquarters at Andrews AFB in Maryland, and at the Pentagon as Assistant for Reliability and Maintainability in the Office of the Secretary of Defense. In the latter role, he wrote and coordinated the Department of Defense Directive on Reliability and Maintainability of systems and equipment. This Directive led to significant improvements in the U.S. military as later seen in the first Persian Gulf War. In 1981, the Institute of Environmental Sciences named him as an Honorary Fellow “for scientific study and analysis of the deficiencies in military hardware reliability development and the courageous pursuit of corrective action on both technical and administrative fronts.” His final Air Force assignment was as Director of Engineering and Standardization at the Defense Industrial Supply Center in Philadelphia, Pennsylvania, where he created a new initiative to reduce the amount of fraudulent and sub-standard materials purchased by the Department of Defense. After retiring as a Colonel in 1985, he served as a government and industry consultant. Both during and after his service, he studied religion and spirituality, writing papers and hosting seminars on these subjects, and wrote poetry. A number of these works are posted at www.bswett.com. During retirement, he did genealogical research. In the early 1990s he created the website www.swett-genealogy.com, which is now the leading source of information on the Swett family. He was a long-time member of Bethany Christian Church (Disciples of Christ) in Fort Washington, Maryland, serving for many years as the Chairman of Elders, as a financial officer, and as a teacher. He will be remembered for the many lives he touched as a son, brother, husband, father, grandfather, colleague, spiritual mentor, and friend. He is survived by his wife, Wyneth H. Swett; two sons, Scott L. Swett of Falls Church, Virginia and Bruce A. Swett of Fulton, Maryland; a sister, Mrs. Carol M. Downie of Rochester, Minnesota; four grandchildren, and one great-grandchild. A memorial service will be held at 11:00 a.m. Saturday, August 3 at Bethany Christian Church, with burial at a future date in Arlington National Cemetery. Memorials may be sent to Bethany Christian Church at 7128 Allentown Road, Fort Washington, MD 20744. To send flowers or a memorial gift to the family of Ben H. Swett please visit our Sympathy Store.
To order memorial trees or send flowers to the family in memory of Ben H. Swett, please visit our flower store.