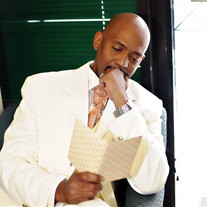 Bruce Bridges was born on Mother’s Day, May 10, 1959, in New Orleans, Louisiana, to the late Jeanette Bridges and Albert Parker. He grew up in New Orleans Sixth Ward and was the eldest of four children. Bruce moved to the Washington Metropolitan area in 1989, where he worked for numerous construction companies. He met in April 2007 and later married the love of his life, Cheryl Lovelle Bridges, on October 22, 2011. His love of construction began when he worked with his uncle Jimmy Hayden, who taught him all about the construction trade. His passion for construction prompted him to entrepreneurship. He established his own business, Tribest Construction LLC, in 2013. He would often quote “You have tried the rest, now try the best,” from which came the name of his company. As CEO and owner of Tribest Construction LLC, he found his niche and became certified and licensed as a construction manager and worked as a 203k Consultant and General Contractor. Armed with a strong work ethic, Bruce worked his way up through the ranks of building, constructing many residential and commercial businesses. He was a detailed person who affectionately called himself “God’s carpenter,” for his passion was to build and finish what he started. He was an expert finisher in the trade and was always called on by colleagues as the top finisher. Bruce was a current member of Kingdom of God Worship Center, in Upper Marlboro, Maryland, under the pastorship of Pastors Al and S. Elaine Dutch. He loved participating in prayer with his loving wife during Thursday evening prayer sessions. He previously attended Remnant Worship Center and served on the worship team, where he would be seen playing the worship music and banging his tambourine. Bruce was preceded in death by Jeanette Bridges (mother), Albert Parker (father), Michael Bridges (brother), and Broderick Carter (son). He leaves to celebrate his life his beloved wife, Cheryl L. Bridges; three sons, Bruce Carter (Nikkisha), Brianell Carter, and Briceson Carter; two daughters, Samaria S. Johnson and Monet I. Miles; two sisters, Sharlene Bridges and Janet Adams (Brenard); four grandchildren, Briyonna Carter, Bruce D. Carter Jr., Briceson Lee Miller, and Broderick Miller; three nephews, Gregory Bridges, DeShawn Brown, and Nicolas Brown; one niece, Nadesha Overton; special cousin Tyrone Hayden, special uncle Freddie Bridges; three best friends, Lowell Cade, Mareese Brown, and Mark Beard; and a host of aunts, uncles, cousins, and dear friends.

Bruce Bridges was born on Mother&#8217;s Day, May 10, 1959, in New Orleans, Louisiana, to the late Jeanette Bridges and Albert Parker. He grew up in New Orleans Sixth Ward and was the eldest of four children. Bruce moved to the Washington Metropolitan... View Obituary & Service Information

The family of Bruce Bridges created this Life Tributes page to make it easy to share your memories.

Send flowers to the Bridges family.