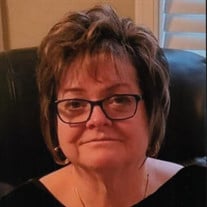 Cheryl Shelley Blake, of Dunkirk, MD passed during the early morning hours of Sunday, February 14, 2021 at the age of 72 years. Born in Conway, SC the daughter of Ruth Edna Shelley and Benjamin Michael Shelley. Cheryl’s family moved a few times during her younger years, finally settling in MD in 1958. She attended and graduated from Oxon Hill High School, Class of 1966. Right out of high school, Cheryl took a job at Riggs Bank for a few years before entering the accounting field at a law firm. She worked as an Accountant for several law firms before retiring in 2015. Even then, she continued doing payroll for her friend’s business, staying sharp right till the end. Cheryl met Jesse in 1973 while out with her friends dancing. Jesse also danced so the two began dating and got married on March 15, 1974. The couple welcomed their only child, daughter Shelley in October of 1979. Cheryl was a dedicated mother first and foremost. She treasured Shelley and embraced every moment with her. There was no surprise that she especially loved her role as Noni when her three grandchildren came along. Cheryl had a vivacious personality and loved to keep busy. Cheryl also enjoyed singing in her church choir and was a member of the National Christian Choir for many years. Beloved Wife of Jesse Donald Blake; Devoted Mother of Shelley Blake Costa and her Husband Michael of Owings, MD; Loving Noni of Gianna, Stella and Dominic Costa; Dearest Sister of William Shelley (Betty Seatter) of Gaithersburg, MD, James Shelley (Sue Shelley) of Hampstead, NC, Jenny Dye (Doug Dye) of Waldorf, MD, Kenneth Shelley (Sue Shelley) of Brooksville, FL and the late Richard Shelley and Linda Langdon. Also survived by many nieces, nephews and extended family and friends. For those desiring, contributions in memory of Cheryl may be directed to Calvert Hospice, P.O. Box 838, Prince Frederick, MD 20678, or directly online at www.calverthospice.org NEW GUIDELINES FOR ATTENDING VISITATION / SERVICES. - 50 to 75 people max at any given time in Funeral Home. - Limit visitation to 15 minutes in visitation room to allow for others to express their condolences. - Funeral Services in Chapel limited to 70 people with four (4) people per pew. - Masks and six foot social distancing still applies.

The family of Cheryl Shelley Blake created this Life Tributes page to make it easy to share your memories.

Cheryl Shelley Blake, of Dunkirk, MD passed during the early...

Send flowers to the Blake family.