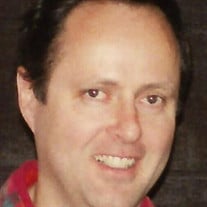 Douglas Charles Williams of Upper Marlboro, Maryland passed away Thursday evening on March 18, 2021 due to complications from two strokes at Georgetown University Hospital in Washington, D.C. His passing was sudden and unexpected to his family... View Obituary & Service Information

The family of Douglas Charles Williams created this Life Tributes page to make it easy to share your memories.