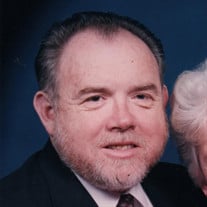 Emory Eugene (Gene) Berry, Sr., 81, of Owings, MD passed away on Wednesday, December 29, 2021, at Calvert Health Medical Center in Prince Frederick, MD. He was the beloved husband of Mary E. (DeVaughn) Berry who preceded him in passing in January of this year. Gene was born in Washington, D.C. in 1940 and grew up in the Camp Springs area, Prince Georges County, Maryland. He served as a volunteer firefighter at Morningside VFD in Suitland. Gene also worked at Giant Food in Lanham, MD, where he met his future wife, Mary Ellen DeVaughn. They married on April 13, 1962. His passion for firefighting would lead to him later joining the Prince Georges County Fire Department as a firefighter where he was assigned to many locations in the County. Eventually, he left the uniform ranks and continued to serve with PGFD until his retirement. His long dedication and work were continually evident everywhere he went for the rest of his life—he could not go anywhere and NOT see someone he knew or worked with. In 2001, Gene and Mary moved from Prince Georges County to Calvert County, MD, where he resided until his passing. Gene is survived by James Christopher Berry of Upper Marlboro, MD; Emory E. Berry, Jr. (Sandy) of St. Mary’s County, MD; and “Daughter” Debra Kaufman of Upper Marlboro, MD. Two grandchildren; Jake Berry (Amanda) of Baltimore, MD, and Justine Lenza (Anthony) of Calvert County, MD. One great-grandson Levi Lee Joseph Lenza of Calvert County, MD The family will receive friends at Lee Funeral Home Calvert, 8200 Jennifer Lane, Owings, MD 20736 on Friday, January 7, 2022, from 3:00 PM – 6:00 PM, and Saturday, January 8 from 10:00 AM – 11:00 AM where a Memorial Service will be held at 11 AM in the Funeral Home Chapel. Interment will be private.

Emory Eugene (Gene) Berry, Sr., 81, of Owings, MD passed away on Wednesday, December 29, 2021, at Calvert Health Medical Center in Prince Frederick, MD. He was the beloved husband of Mary E. (DeVaughn) Berry who preceded him in passing in January... View Obituary & Service Information

The family of Emory Eugene Berry, Sr. created this Life Tributes page to make it easy to share your memories.