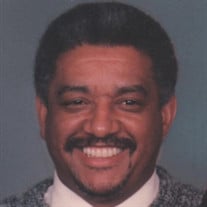 George Arthur Griffin, Jr. (“Sonny”), of Upper Marlboro, MD, went to be with his Savior, Jesus Christ, on October 25, 2021 after a courageous battle with lung cancer. George was born on December 18, 1942 to George Alexander Griffin and Creola Emojean (Hammock) Griffin in Martin, Pennsylvania. He grew up in Uniontown, Pennsylvania with his parents and five siblings and attended a local Mennonite church as a child which planted the seed of Jesus in his heart. After graduating from Masontown Senior High School in 1960, he enlisted in the United States Army and proudly served his country as a medical technician. Upon being honorably discharged from the Army in 1967, he settled in Washington, DC where he first met Marjorie Hall and they married in 1970. After living in Washington, DC for the first few years of their marriage, George and Marjorie eventually moved to Upper Marlboro, Maryland in 1975 and they both began attending the First Baptist Church of Upper Marlboro in 1980. In 1984, George was baptized, gave his life to serving Jesus, and he and Marjorie also became members of First Baptist. George would spend the next several years serving as a Sunday School teacher, usher, and volunteer for various activities at First Baptist as well as volunteering with a local Boy Scout troop and the Marlboro Boys & Girls Club. He also volunteered for over 30 years at Riverdale Baptist School where two of his children were students. His volunteer activities at Riverdale included being an assistant football coach, helping at countless sporting events, and generally being considered Riverdale’s most dedicated fan and unofficial mascot. After his service with the Army, George worked as a court clerk for the District of Columbia Superior Court system for 24 years until initially retiring in 1991 only to return to work in 1994 for the State of Maryland’s Department of Juvenile Services where he worked for another 15 years before retiring for good in 2009. After George joined Marjorie in retirement, the two of them enjoyed various activities together including joining a local gym and becoming great friends with a group of fellow retiree gym-goers. In addition to his volunteer service, George enjoyed fishing, bowling, crossword puzzles, western movies, bluegrass and country music, tending to his home garden, and cheering for his beloved Pittsburgh Steelers and Pirates. George lived a caring and giving life as a child of Christ as well as being a dedicated and loving husband, father, and “pop-pop”. George is survived by his wife of 51 years, Marjorie, his sister Leona, his daughters Tasha and Nedra, his sons Dante and Christopher (Molly), 5 grandchildren, 7 great-grandchildren, and a host of nieces and nephews. In addition to his parents, George was preceded in death by his sisters Barbara and Alwilda and his brothers John and Ronnie. Services will be held on November 4, 2021 at First Baptist Church of Upper Marlboro, 7415 SW Crain Highway, Upper Marlboro, MD 20772. A viewing will be held beginning at 11AM until the start of the funeral service at 12PM. In accordance with local regulations related to COVID-19, masks will be required of all individuals over the age of 2. The service will also be made available as a livestream at the following website (https://youtu.be/Md85SdIwHUs). Interment will be held on November 15, 2021 at 11:15AM at Maryland Veterans Cemetery at Cheltenham, Maryland, 11301 Crain Highway, Cheltenham, MD 20623. In lieu of flowers, the family requests consideration of donations to the following: - First Baptist Church of Upper Marlboro (https://fbcum.org/) - American Cancer Society (https://www.cancer.org/) - Alzheimer's Association (https://www.alz.org/) - American Diabetes Association (https://www.diabetes.org/)

The family of George Arthur Griffin, Jr. created this Life Tributes page to make it easy to share your memories.