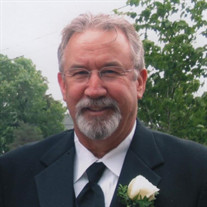 Harvey T. Mattingly, age 78, loving husband and father, of Dunkirk, Maryland passed away suddenly on June 17, 2021. The first son of Harvey Mattingly Sr. (deceased) and Mary (Moore) Mattingly, Harvey was born in Washington D.C. on February 25, 1943. He graduated from Suitland High School in 1961. After turning down a soccer scholarship to Brown University, Harvey was drafted to the Washington Senators organization. Over 8 years, he played infield positions, but developed into a pitcher into the later part of his baseball career. As his career ended, Harvey pursued his business interests and enrolled in night school at Benjamin Franklin University while working during the day at a lumber company and the post office. After graduation, Harvey worked for a couple local accounting firms while preparing to pass his CPA exam, which he did in one sitting. Determined to reach his goal of opening his own business, Harvey started his own practice from his residence. Over the years, Harvey continued to expand his services and became a Financial Representative Investment Advisor. Harvey’s immense work ethic, passion to uphold the values of the accounting field, and desire to serve his clients continued over 48 years to the day of his death. Harvey continued his passion for sports on the Virginia Rebels softball team and multiple other slow pitch softball teams over the years. He was inducted into the Softball Hall of Fame in 1985. In addition to being a hard working career man, Harvey also enjoyed gardening, music, the outdoors, cooking, playing sports, and being surrounded by his family. Harvey was a loving, committed husband to Barbara (Stahler) Mattingly for the last 22 years and a true family man. In addition to his wife, Barbara, Harvey is survived by his three children from his previous wife, Sandy Paulen, Lisa McDonald (Scott), Scott Mattingly (Diane), and Michelle Richards (Scott); his two stepchildren, Glenn Smith (Natasha) and Lauren Smith; and his beloved nine grandchildren, Patrick, Kristyn, Charlotte, Owen, Drew, Claire, Mackayla, Caroline and Hazel. Harvey is also survived by his mother, Mary Mattingly, and four brothers, John, Ron, David, and James. Harvey was preceded in death by his father, Harvey Mattingly, Sr. and his older sister, Ginger Bassett. The viewings will be held on Monday, June 28, 2021 from 1-3pm and 6-8pm at Lee Funeral Home Calvert, 8200 Jennifer Lane, Owings, MD 20736, including a celebration of life service on Tuesday, June 29, 2021 at 11am. Burial will follow at 2pm at Loudon Park Cemetery, 3620 Wilkens Ave, Baltimore, MD 21229. In lieu of flowers, memorial donations may be sent to Johns Hopkins Pulmonary Hypertension Program. To make an online gift, go to https://secure.jhu.edu/form/pccm on the pulldown menu select “Pulmonary Hypertension” and when adding address/payment information there is a section for Memorial Gifts where Mr. Harvey Mattingly would be noted. To make a gift via check: write to “JHU” with Harvey Mattingly and Pulmonary Hypertension noted. Checks should be sent to: Anne Kennan Taylor Johns Hopkins at Keswick Office of Advancement Services Attn: RevMgmt - Department of Medicine 3910 Keswick Road, Suite N2100 Baltimore, MD 21211

The family of Harvey T. Mattingly created this Life Tributes page to make it easy to share your memories.

Send flowers to the Mattingly family.