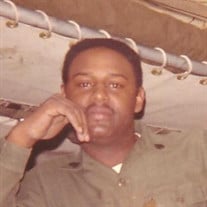 James Adams Jr., beloved husband, father and grandfather, passed away on Monday, March 15, 2021 at home in the presence of his loving family. He is preceded by his Mother, Rosa and father, James Adams Sr. He is survived by his wife of 51 blessed years Christine, their son Michael and his wife Elizabeth, their daughter Rachael and her husband Mark, their youngest daughter Jennifer, and their grandchildren Jacob, Noah and Olivia. Jim lived a life devoted to family, service and country rooted in his deep faith. He met and fell in love with his wife Christine as a young Marine when stationed in Boston MA after his tour in Vietnam. They married a year later and began to weave the story of their fruitful lives. Jim continued his faithful service as a United States Marine, retiring as Gunnery Sergeant after 20 honorable years and many commendations. Jim went on to found the family business, Quick Mail Etc., where he became a staple of the community. After a number of years, he accepted a position at the Veterans of Foreign Wars on Capitol Hill where he passionately assisted veterans with securing benefits for themselves and their families. Jim worked tirelessly to ensure those who served were served well in return. His service continued as a member of the VFW Post 9619 where he served as Post Commander and as a 4th degree Knight of Columbus at St. John the Evangelist Catholic Church. In all the ways in which Jim served, his most devoted and sacrificial service was to his family and many friends. Jim affectionately led his family by word and example teaching his children to love God, to love one another, forgive one another, work hard, and enjoy the fruits of your labor as long as you share them with others. We will cherish his big smile, warm laugh, zeal for sharing his love of history and music, his dance moves, memories of cheering him on during his many races including the Marine Corps Marathon, his immaculate lawn and household, his love of cooking, festive holiday decorations especially his favorite, Christmas, and most of all, his loving embrace. As a child, Jim learned and internalized two writings that would define his life. The Rudyard Kipling poem, “If” and Psalm 23. As his last act of service, he shares them with you. The family will receive friends at St. John the Evangelist Catholic Church 8908 Old Branch Avenue, Clinton, MD 20735 on Monday, March 22, 2021 from 10:30 AM to 11:30 AM where a Mass of Christian Burial will be celebrated at 11:30 AM. Interment will be held at Arlington National Cemetery, 1 Memorial Avenue, Arlington, VA 22211. Date to be determined.

James Adams Jr., beloved husband, father and grandfather, passed away on Monday, March 15, 2021 at home in the presence of his loving family. He is preceded by his Mother, Rosa and father, James Adams Sr. He is survived by his wife of 51 blessed... View Obituary & Service Information

The family of James "Jim" Adams, Jr. created this Life Tributes page to make it easy to share your memories.