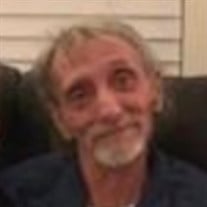 James “Skinny P” Elliott, age 82 of Manassas, VA. passed away peacefully on Sunday, August 15, 2021. James was born on March 17th, 1939 in Washington, DC to Raymond and Rose Elliott. James worked as a contracted carpet layer for 50 plus years until he retired well into his 70’s. James loved his children, grandchildren, great grandchildren, and his 1948 Ford Coupe. James spent countless hours perfecting his beautiful historic vehicle. James declared his arrival proudly whenever he took her out for a ride with a license plate that simply read JIMS48. James was preceded in death by his two parents, three brothers, and sister: Edmund Cook, Charles “Herbie” Cook, Raymond “Wimpy” Elliott, and Mona Elliott King as well as the mother of his three children Barbara Hines. James is survived by his three children, son-in-law, and nephew: Wendy Hendley, Carrie Cannon, William “Happy” Elliott, Mark Hendley, and Charles “Little Herbie” Cook. James is also survived by his three grandchildren: Jarele Cannon, Brittany Rivera, and Haley Elliott as well as four great grandchildren Dominic, Mackenzie, Kyrie, and Josie. James was lucky enough to witness three generations of his family grow during his lifetime and we know he was proud of each and every loved one he has left behind. We will love you and miss you forever and always Skinny P. A small celebration of life to be held on Sunday September 19th, 2021.

The family of James Holden Elliott created this Life Tributes page to make it easy to share your memories.

Send flowers to the Elliott family.