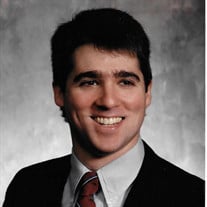 John Matthew Crupi was born in Washington, DC on February 7, 1965, the son of John and Louise Crupi. He grew up in Temple Hill, Maryland and attended St. Barnabas Episcopal Church in Upper Marlboro where he served as an acolyte. He died in his home Aug. 29 of an apparent heart attack. After attending his first two years of high school at the Queen Anne School, a private institution in Upper Marlboro; he spent his junior and senior years at the Capitol Page School, where he graduated in 1983. He served as a page in the senate, both as a Capitol Page School student and in the summers during his years at St. Mary’s College of Maryland. While in the senate he worked for both Sen. Bob Packwood, R-Ore. and Howard Greene, then clerk of the Senate. John graduated from St. Mary’s in 1988 and went to work for the U.S. Government Publishing Office. Fulfilling his life-long dream of being a police officer, John graduated from the Federal Law Enforcement Training Center in Glynco, Georgia in 1990 and served the Capitol Hill Police force as a detective until his medical retirement in 2000. John and his partner, George Hickey, helped John’s mother, Louise Crupi, care for her mother, Mary Dibo Hamaty. The couple also cared for Louise in her St. Mary’s County home the last nine years of her life, while maintaining their home in Waldorf, Maryland. John and George moved back to Waldorf in 2016 where they lived until John’s death. John was not only devoted to his mother, grandmother and to George, but to his extended family and his many close friends. He loved throwing elaborate holiday dinners and slumber parties for George's nieces and nephews. In 2018 John was asked to be the godparent to his niece, Lillian. John was an excellent cook and host and extremely proud of his Crupi family’s Sicilian roots, serving up dishes from his catalog of Mediterranean recipes to friends and family alike. An avid follower of CSPAN and various other news sources, most days he was glued to Washington politics and lived to debate with friends. John is survived by his partner, George Hickey, siblings: James Walden Jr. (Karin), Sherry Walden Sheaffer (Bobby), Michael Crupi, Sharon Crupi Johnson (Butch) and Wayne Crupi; Uncle Dino Fradelos; nieces and nephews, cousins and friends. He was preceded in death by his parents, Louise and John Crupi.

John Matthew Crupi was born in Washington, DC on February 7, 1965, the son of John and Louise Crupi. He grew up in Temple Hill, Maryland and attended St. Barnabas Episcopal Church in Upper Marlboro where he served as an acolyte. He died in his... View Obituary & Service Information

The family of John Matthew Crupi created this Life Tributes page to make it easy to share your memories.

John Matthew Crupi was born in Washington, DC on February 7,...

Send flowers to the Crupi family.