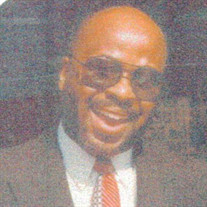 GENESIS Raymond Osborne Bobo was born on May 13, 1947 to the late Elmore and Wilhelmena (Atchison) Bobo in Spartanburg, South Carolina. He grew up with eleven siblings and was eighth in line. As a child Raymond was mild-natured, and curious; often wondering off to play football with the neighborhood kids. ENLIGHTEN Raymond graduated from Carver High School in 1965 and matriculated on to Livingstone College on a football scholarship in Salisbury, North Carolina, graduating in 1969 with a Bachelor of Arts in Sociology. After college, Raymond moved to Washington, DC and became a police officer. His interest in law enforcement lead to a career in probation. In 1977, Raymond earned a Master of Arts in Counseling from Bowie State University. He retired from DC Superior Court as a supervisor of adult probation in 1997. He then pursued another career as a certified addictions specialist in Fairfax County, Virginia, retiring in 2008. Raymond was currently working part-time as a bailiff for Prince George’s County Circuit Court in Upper Marlboro, Maryland. LOVE Raymond married the love of his life, Deotha Byrd Bobo on September 30, 1971. They were married for 49 years. He has three wonderful children, Kim Parker (Anthony), Rondrea Bobo and Raymond Bobo II (Marguerite). His four beautiful grandchildren are Darnell Parker, Wesley Parker, Kaziah Parker and Lanaux-Rae Bobo. Being a kind and dependable father and grandfather, Raymond did not disappoint when it came to wholeheartedly loving and supporting his family. SERVICE In 1972, Raymond became a member of the Redemption Lodge #24 of Prince Hall Affiliation, Jonathan Davis Consistry #1 and Mecca Temple #10. Raymond joined Allen Chapel AME Church in 1977 where he served on the usher and trustee boards. He also served over ten years as president of the scholarship committee. He continued as member of the men’s Thursday night bible study. In 2019, Raymond and Dee became members of Mt. Ennon Baptist Church where he joined the men’s choir and Wednesday morning bible study. His hobbies included attending to plants, playing golf, and traveling around the world with his wife, and spending time with family and friends. He was an avid sports lover who enjoyed watching and attending sporting events with his son. He loved watching his favorite football team the Dallas Cowboys, and cheering on the Washington Wizards. He also enjoyed ministering to family members by sending daily inspirations. GRACE Raymond Osborne Bobo passed away on November 12, 2020. In addition to his wife, children, and grandchildren, Raymond is survived by five siblings: Elmore Quentine Bobo, Joe Bobo (Jacquelyn), Jacqueline Bobo, Jane Bankhead, and Adolphus Bobo. He was preceded in death by his sisters, Carrie Nell (Bobo) Rice, Betty Jean (Bobo) Courts, and his brothers, Robert Lee Bobo, George Bobo and Johnny Bobo. In addition to his siblings, he leaves to mourning his many nieces, nephews, sisters-in-law, and brothers-in-law, a host of cousins and many other relatives.

GENESIS Raymond Osborne Bobo was born on May 13, 1947 to the late Elmore and Wilhelmena (Atchison) Bobo in Spartanburg, South Carolina. He grew up with eleven siblings and was eighth in line. As a child Raymond was mild-natured, and curious;... View Obituary & Service Information

The family of Raymond O. Bobo created this Life Tributes page to make it easy to share your memories.

Send flowers to the Bobo family.