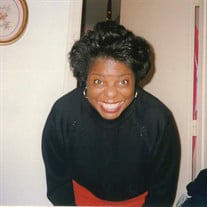 Shirley Ann Thompson Berry was born August 9, 1947 in Tuskegee, Alabama to Vernon and Viola Thompson. She was the middle of three children. After the family moved to Louisville, Kentucky, she confessed her hope in Jesus Christ at an early age at Brown Temple AME Zion Church. Shirley was accepted to Livingstone College in Salisbury, NC where she studied education. She and her roommate, Janie Dargan began a warm friendship that led to becoming godmother to Maia, Janie’s daughter. Shirley graduated in 1969 with a Bachelor of Arts degree in English and relocated to the Washington Metropolitan area. Shirley began a successful career in education in the Washington, D.C. public school district for over 30 years. While teaching English at MacFarland Junior High School, she met her lifelong friend, fellow science teacher Faye Smith. Shirley spent many years of dedicated service to molding and helping young people, retiring from Fletcher Johnson Educational Center in Southeast, Washington in 2007. Howard (Butch) Berry met the love of his life. He and Shirley married on April 4, 1988 and relocated to Maryland. They joined Covenant Baptist Church in Southwest, Washington, DC where Shirley sang soprano in the choir. Later, the couple united with the First Baptist Church of Suitland on September 23, 1998. Shirley remained an active and devoted member until declining health prevented her from regular attendance. She lovingly served in several ministries including Culinary, Jolly Elders, Greeter and as a Money Teller. Shirley’s life held many accomplishments, but her greatest was realized when she and Butch became parents to their son, Londell. She joyfully observed him grow to manhood, and proudly watched as he entered the US Army, following in his father’s footsteps. Shirley was a loyal, dedicated friend to many, including Riley, Donna (also godmother to her son, Londell), Phyllis, Michelle, Debbie, Barry, Glo, Nika, and Shari. Along with family, this group and many others had the benefit of Shirley’s warm hospitality and delicious German chocolate and lime cakes, potato salad, Christmas chocolate chip cookies and sweet potato pies. When she was not baking, Shirley enjoyed being a member of several local social clubs and the Alpha Kappa Alpha Sorority, Inc. She loved traveling - especially to Williamsburg, VA - gospel music, and water aerobics. By far, Shirley’s beautiful smile and laughter will always be remembered as the feature that raised everyone’s spirits. Shirley’s legacy is strong faith, always accentuating the positive, and love of family. Shirley was preceded in death by her parents and brother, Donald Douglas “Duck” Thompson, Sr. Shirley leaves to cherish her memory her husband of 33 years, Howard "Butch" Berry; son, Londell Berry (Chenelle); grandson, Jace Berry; step-daughters Lezlie Berry and Pam Gentry (Wallace); sister, Anita Thompson; Maia Dargan, Tanya Hendricks (Hubert), and Shanika Turner, goddaughters; nieces, nephew and a host of relatives and friends.

Shirley Ann Thompson Berry was born August 9, 1947 in Tuskegee, Alabama to Vernon and Viola Thompson. She was the middle of three children. After the family moved to Louisville, Kentucky, she confessed her hope in Jesus Christ at an early... View Obituary & Service Information

The family of Shirley Ann Berry created this Life Tributes page to make it easy to share your memories.

Send flowers to the Berry family.