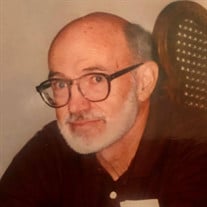 Tommy L. Johnson 1937 — 2021 Tommy L. Johnson of Owings, MD, passed away peacefully in his sleep on 5 August 2021. Tommy was born in Hildebran, N.C., to Raney Frank and Nellie Cline Johnson. Following graduation from Lenoir-Rhyne University in Hickory, N.C., with a B.S. in Physics-Mathematics, Tommy accepted a Fellowship appointment with the U.S. Atomic Energy Commission for training in Radiological Physics at Vanderbilt University and Oak Ridge Laboratory, TN. Following this he spent a year of graduate study at UNC, Chapel Hill. In June of 1961, he began his career at the Naval Research Laboratory, Washington, DC, where he remained his entire career as a Health Physicist. He published several articles in the journal ‘Health Physics’ on radiation dosimetry — specializing in thermoluminescent dosimetry — and ‘YOGI’, computer code he developed to extract neutron spectra from Bonner sphere data. He was a dedicated H-Production Bugeye Sprite racer, car #23, and one of the founding members of Team Turtle, located in Indian Head, MD. He especially enjoyed his racing team members, who remained life-long friends. Upon retirement, he shifted gears and became an enthusiastic member of Prince George’s Radio Control Club, building and flying radio control model aircraft in Prince George’s County, MD. Once he moved to Owings, he became a bluebird advocate, building and monitoring bluebird houses in and around Owings. If you wanted to know the weather on any given day — even three months prior — he could tell you. He just had to check his bluebird logs. Tommy was never idle. He was wildly curious, inventive, smart, and kind. Although a scientist by education, training, and title, he was a true engineer. He had Parkinson’s Disease, which did slow him down in his later years, but it was not unusual to see him turned upside down in his wheelchair or Hoyer Lift, with an appreciation for the engineering behind each device. He was inquisitive about how things were put together and how they worked until the end. He was well loved, an especially great dad to his two sons, quietly witty, and always humble. He will be missed. Tommy was preceded in death by his parents; his brother Edsel Johnson; his brother Enoch’s wife, Lucy Johnson; and his mother-in-law Jacklyn Owens. He is survived by his adoring wife of 38 years, Linda Owens; his sons Thomas Daniel (TJ) and Sawyer Raney; his daughter-in-law Lindsay Marie (TJ’s wife) and soon-to-be born granddaughter, due in September; his first wife and lifelong friend, Jeanne Johnson Darcy; his brother Edsel’s family, including Edsel’s wife, Gwen Johnson; his brother Enoch Johnson and his family; his father-in-law, CAPT Norman Owens (USN, Ret.), and his wife, Marilyn; and many extended relatives and friends from all parts of his life, all of whom he loved and enjoyed immensely. Tommy’s family would like to extend our gratitude and love to the exceptional staff at The Hermitage at Solomons for the kindness and care they demonstrated everyday while caring for Tommy. He very much appreciated every one of you. Because of Covid, services will be private. In lieu of flowers, please consider a memorial contribution in Tommy’s name to So Others Might Eat (SOME), Washington, DC, www.SOME.org.

The family of Tommy L. Johnson created this Life Tributes page to make it easy to share your memories.

Send flowers to the Johnson family.