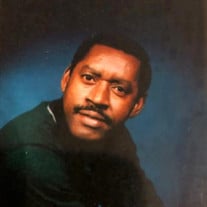 On Tuesday, June 1, 2021, Walter Sullivan Harris passed away peacefully in his sleep at Layhill Center for Nursing & Rehabilitation in Silver Spring, MD. He was 79 years old. Chief, as he was known to family and friends, was born on May 15, 1942 in Washington, D.C. to the late Walter S. Harris and Erma Keys. He grew up in NE D.C. with three brothers and four sisters. After his parents’ untimely death, he spent his early teenage years living with his beloved aunt Vernice Johnson in the River Terrace community. He played in the 13-15 basketball league for the Rec Center in Region G, where he made lifelong friends with some of his teammates, including Alvin Carter and Gene Arthur. In that same River Terrace neighborhood, he met and married Geneva Ford. Chief enlisted in the Navy in 1960, where he served as a Personnelman in a patrol squadron which operated out of Norfolk, VA and Rota, Spain. Following his Honorable Discharge in 1964, he joined the DC Fire Department and was assigned to Engine CO 30 - Truck CO 17. He became the aide to the 8th Battalion Chief before retiring from the DCFD in 1991 as a Sargent. Chief had an amazing depth of knowledge and seemed to know a little bit about everything, from world events to pop culture. He knew the DC street grid better than most and put that knowledge to good use as part-time cab driver for a number of years. He enjoyed playing the ponies, hanging out with his longtime friends, good jazz music, and later in life, solving crossword puzzles. He leaves to cherish his memory his loving wife, Geneva Harris; son Michael Alan Harris; daughter Diane Ida Harris; daughter-in-law, Guitawnya Hinton Harris; grandson, Gerald Hinton; granddaughter, Alana Marie Harris; three sisters, Rosetta Lee, Diane “Annie” Harris and Juanina Harris; one brother Tyrone Harris; cousins, Aline Johnson, Wayne Johnson and Karen Johnson, and a host nieces, nephews and other family members and friends. He was preceded in death by a son, Glenn Eric Harris; two brothers, Johnny Harris and Alvin Harris; one sister, Vernice Virginia Harris. The family asks that any donations be directed to HEROES Inc.( https://heroes.org/), a local DC-based organization that assists the families of law enforcement officers and firefighters who gave their lives in the line of duty.

On Tuesday, June 1, 2021, Walter Sullivan Harris passed away peacefully in his sleep at Layhill Center for Nursing & Rehabilitation in Silver Spring, MD. He was 79 years old. Chief, as he was known to family and friends, was born on May 15,... View Obituary & Service Information

The family of Walter Harris created this Life Tributes page to make it easy to share your memories.

Send flowers to the Harris family.