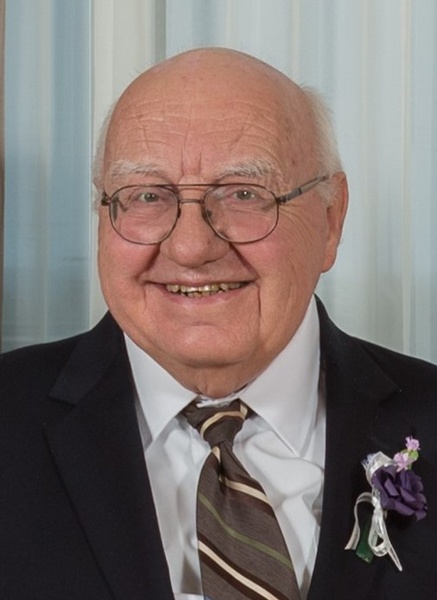 Gerard was born on December 26, 1939 in Southampton, NY, to Jerome and Claire Worrell. He received his degree in Physics from Manhattan College in 1961, and worked as a Test and Evaluation Engineer at the Naval Surface Warfare Center. He operated Ferry Landing Farm and Apiary for 49 years, keeping sheep, goats, chickens, and honeybees. Gerard raised two children, Rachel and Brett, with his former wife Micaila.

Gerard devoted countless hours to volunteer service as a 4-H leader, AARP tax preparer, and member of the Knights of Columbus. A devout Catholic, he was very active in his church, the Covenant Community of Jesus the Good Shepherd. As an avid beekeeper, he was a founding member of the Association of Southern Maryland Beekeepers, where he trained and mentored many beginning apiarists. Gerard was also a fixture at several farmers markets, where he was known as the "Chicken Man" for his excellent farm-fresh eggs and unique chicken hat.

Gerard was preceded in death by his father, Jerome, and his mother, Claire. He is survived by his children, Rachel Johnson (Louis) and Brett Worrell (Jill), his former wife Micaila, his siblings Gwendolyn Worrell, Marcela Nase, Rita Worrell, Mark Worrell (Sarah), Matthew Worrell (Karen), Joseph Worrell (Dot), and Karen Worrell, his grandsons Vincent, Philip, and Nicholas Johnson, and many cousins, nieces, and nephews.

Visitation will be held at Lee Funeral Home Calvert, 8200 Jennifer Lane Owings, MD 20736 on Tuesday, May 31, 2022 from 9-11am. A Mass of Christian Burial will be celebrated on Tuesday, May 31, 2022 at the Covenant Community of Jesus the Good Shepherd 1601 West Mount Harmony Road Owings, MD 20736 at 12pm, followed by interment in the parish cemetery and a reception in the church center.

The Mass of Christian Burial will be live streamed. Please click the link below.

The family requests that in lieu of flowers, memorial donations be sent to the Maryland 4-H Foundation https://www.mymaryland4hfoundation.com/ways-to-give/become-a-donor) or Cardinal Hickey Academy (http://www.cardinalhickeyacademy.org/ongoing).

To order memorial trees or send flowers to the family in memory of Gerard "Jerry" P. Worrell, please visit our flower store.