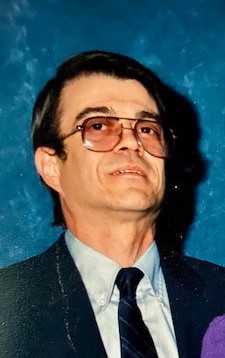 James (Buddy) W. Bigbee passed Sunday, June 7, 2020 from lung disease.  He was born in Oklahoma City May 21, 1946 to John Bigbee and Donna Bigbee (Hill), and moved to Washington, DC in 1950. Buddy and his wife Sylvia met through mutual friends not long after Sylvia arrived in DC and joined together as one in marriage on October 1, 1965. As they began their journey in life, Buddy’s family embraced Sylvia, giving her the family she had never had, full of life and love, deeply rooted in God’s faith.

Buddy and Sylvia were the son and daughter-in-law to the late John Bigbee and late Penny Bigbee (step mother), daughter and son in law to the late Marta Oppermann, the loving parents to Daniel Bigbee, Michele Smith (Bigbee) and Donna White DeLay (Bigbee), in-laws to Mark Smith and Erik DeLay, brother and sister-in-law to Kirsten Morisi (Bigbee) and Donald Morisi, the late Babs Norwood (Bigbee), the late Gene Norwood, and the late Johnny Bigbee, and Omi and Papa to their most precious love of all, their grandchildren, Jessica White, Benjamin White, Rachel Bigbee, James Smith, and Rebecca Baker (Smith) and great-granddaughters, Adilyn Smith and Ava Baker. They will forever be in our thoughts and hearts.

Due to the pandemic restrictions, the family was unable to hold services for Buddy so they felt it was only appropriate to hold a memorial service for both Buddy and Sylvia. We hope you will join us in a celebration of their life together, their reunion in heaven, and their eternal love at Lee Funeral Home Calvert, 8200 Jennifer Lane, Owings, MD 20736 on Saturday, April 2, 2022 from 10:00 am to 12:00 pm where a Memorial Service will be held at 12:00 pm in the Funeral Home Chapel.

If you wish to make a donation in their memory in lieu of flowers, please consider donating to CAWL, Calvert Animal Welfare League http://www.cawlrescue.org. or the American Lung Association 55 W. Wacker Drive, Suite 1150, Chicago, IL 60601 https://action.lung.org/

To order memorial trees or send flowers to the family in memory of James "Buddy" Woodrow Bigbee, please visit our flower store.