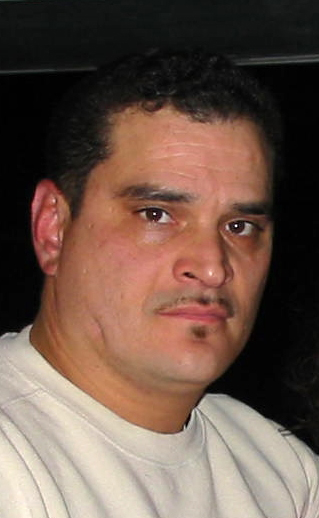 He was an adventurer and an explorer of nature. Jose had many amazing talents including drawing, music - he learned to play instruments by ear, dancing - he had the moves, mastered the hustle in the mid-70s and 80s; amazing physical stunts in gymnastics, running, diving, a mean swing at baseball, and cycling; which became his lifelong passion. He was a martial artist who was taught by his eldest brother, Sifu William, throughout his early and adult life. His discipline and perseverance followed him throughout his life.

Bicycling, outdoor activities, Jack of All Trades, Master of All! Junior the Builder! That was Junior in his many talents. Junior was known for his love of food and creative recipes. He would make soup out of any ingredient available in the kitchen, giving him the nickname by his sister, Maritza known as Kiki, the "SOUPERican Puerto Rican Soup Master". He loved creating soups. His funny and comedic antics were hilarious. You’ll never forget his joking and funny facial looks to make you laugh as hard as you can. Junior loved the History channel, watching nature and Alien documentaries, his favorite show was Law & Order, and a diehard Dallas Cowboys fan. Never underestimate his choices, he joined his sisters and his love in a chick flick, a glass of wine and was hooked. The movie: The Book Club. 😍 He never disappointed and was a great sport at anything.

Jose loved his brothers and sisters as deep as the ocean. His love was infectious and strong. The adventures they shared were fun and memorable. He wanted everyone to always be happy and have laughter in their lives. Jose’s heart was bigger than him. Jose loved the children. He fit right in as he was a kid at heart himself. His childhood friends were important to him. He traveled near and far to visit with family and friends. He loved the beach, mountains, and camping.

Jose relocated to Silver Spring, MD in the early 80s. He made many friends and still today are considered his extended family. Following his father’s work in construction and building, he began his career in home improvement. Jose was meticulous in all his projects, a perfectionist, making them into something remarkably beautiful and unique. There was nothing that he couldn't build or fix!

Relocating to Maryland also led Junior to meet the love of his life, Cynthia “Cindy” Proctor on Labor Day Weekend in 1998. If Cindy hadn’t run out of gas in her jet ski, they would have not met. His sister, Maria, invited Jose to a mutual friend’s home to go jet skiing and as fate would have it Cindy and Jose met. The rest was history. Soon their union grew to love and soul mates were born. Together they built a loving life. Cindy and Jose connected on so many levels, their love for adventure, outdoor activities, and most importantly their deep love for their family and friends. In 2003 their strong support for each other started and ran a successful home improvement business, Renaissance Building Services, LLC, which Jose managed as CEO, and Building Project Supervisor. In 2004 they moved into a quaint little house on Dangerfield Rd, Clinton, MD. Jose’s greatest project was the beautiful massive extension he constructed to the home for Cindy where they hosted dozens of holidays and events for their ever-growing circle of family and friends. The memories in their home will live within us forever.

Jose’s great passion for cycling grew stronger from childhood throughout the rest of his life. As a young boy, he often rode bicycles with his friends and in 2000 he did his first organized road bike event. Even though the bike was too short, and he wore combat boots, it was the beginning of a lifelong LOVE for hitting the road and trails. Jose built a strong community with other cyclers across the DMV area and he convinced everyone he met that cycling was the best thing in life to do. He converted all of his family and friends into cyclists and whether they went to the beach or the mountains, cycling was always on the itinerary. He became an expert cyclist. If you didn’t have a bike, he built you one.

Jose never met a stranger. Everywhere he went he made instant deep connections and was always adding to his circle of friends. To know Jose was to never forget him. He found joy in every small moment; his laughter was the soundtrack to his family and friends’ lives. In addition, Jose was observant and often quietly helped those in need around him. Whether it was lending an ear, telling a joke to bring out someone’s smile or even giving the shoes off his feet to someone in need - no gesture was too big or too small for Jose. It was always delivered with love and no expectations in return. He did it from his heart.

In summary, Jose gave with all his heart with love and unselfishly. He loved all children dearly. All his nephews, nieces, and friend's children loved him unconditionally as he loved, played and cared for them. His hugs and kisses were filled with never-ending love. As the good book teaches us that LOVE is the most important of all, that was Junior’s way.

After a long illness, the Lord called Junior into eternal rest at the Hospice of the Chesapeake, Pasadena, MD. Jose left us with his family and the love of his life at his side. He leaves to cherish his memories to his life partner Cynthia “Cindy” Proctor who he affectionately called “Cynny”, seven siblings William, Ada, Maria, Maritza, Edgar, Rosalina and Elisa; nineteen (19) nieces and nephews; twenty-five (25) great nieces and nephews and a host of other family and close friends. Junior was preceded in death by his parents, Marta Iris Del Valle & Jose Luis Bosques, Sr.

Farewell Junior, we will be keeping our bicycles oiled and maintained to ride along your side one day on the golden roads of Heaven. We will miss you for the rest of our lives. Until we ride again.

To order memorial trees or send flowers to the family in memory of Jose Luis Bosques Jr., please visit our flower store.