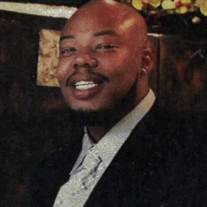 Kasey R. Jackson was born on June 7, 1982 in Belleville, Illinois at Scott Air Force Base. He was called home suddenly on March 13, 2021. As an Air Force dependent with two military parents, Kasey lived in Illinois, Maryland, Alabama, Alaska, and Georgia. He attended one elementary school, one middle school, and three high schools, including Surrattsville HS (MD), Chugiak HS (AK), and graduated from Campbell HS (GA) in 2000. He then attended Bowie State University, home of the Bulldogs, in Bowie, Maryland and graduated in 2005 with a Bachelor of Science in Communications. During his junior year, he was granted the "Tom Joyner Communications" scholarship. After college. Kasey's career moved toward becoming an asset manager, working as a government contractor for government organizations including: The United States Administrative Office of the Courts, CommIT Enterprises Inc., Department of Homeland Security, NW Systems, Drug Enforcement Administration, and the U.S. Department of Defense, MWR Policy. He held a Top-Secret clearance. Kasey enjoyed life and was proud to join his uncle4 Eric and brother Kwenji as a member of Kappa Alpha Psi Fraternity, Incorporated. He was a happy guy who loved singing, nice cars, the latest technology, and spending quality time with his friends and family. Kasey leaves to cherish his memory his parents Dr. Lynda and Sly Jackson, his brother Kwenji Jackson (Kim), his niece and nephew Kimari and Kwenji II, and a host of aunts, uncles, cousins, and friends. To send flowers or a memorial gift to the family of Kasey R Jackson please visit our Sympathy Store.
To order memorial trees or send flowers to the family in memory of Kasey R Jackson, please visit our flower store.